It needs to stop: Killing Contest!

Wildlife killing contests are organized events in which participants kill animals within a certain timeframe for cash, prizes, entertainment, or other inducements. Teams compete in judging categories that often focus on the number of animals killed, the weight or the sex of animals killed, particular species killed, or smallest or largest body or body part of the animal killed. Contests frequently involve betting and end with a check-in or weigh-in of the animals, followed by a party where contest prizes are awarded. Afterwards, away from public view, the carcasses of the animals are usually dumped.

Wildlife killing contests are cruel and have no place in a civil society or in modern wildlife management. Contests usually target native carnivores, including coyotes, bobcats, mountain lions, and foxes, as well as smaller animals, such as squirrels and rabbits. These events can result in hundreds of animals being wiped off a landscape in a single weekend. Such contests are antithetical to the respectful, ethical, and pro-conservation message necessary to ensure the long-term protection of our country’s wildlife.

AWI is working to ban these contests at state and federal levels. We led the successful effort to ban killing contests in Colorado, and have engaged in advocacy work on this issue in other states as well, including in Arizona, Maryland, Massachusetts, Nevada, New York, Oregon, Virginia, and Washington. AWI is a member of the steering committee of the National Coalition to End Wildlife Killing Contests, which works to raise awareness about the issue; support action to ban contests through legislation, regulatory reform, and litigation; and advocate for humane wildlife management. As a steering committee member, AWI develops educational materials with the goal of ending all contests across the country.

WHY KILLING CONTESTS SHOULD BE BANNED

Wildlife killing contests are cruel, barbaric, and wasteful, which violates fundamental hunting principles. The very nature of these events—where participants are motivated by financial rewards to kill as many animals as allowed over a designated time period—increases the likelihood that participants will fail to abide by established hunting principles. Such principles generally promote the concept of “fair chase” and decry waste and indiscriminate killing. Contest participants frequently disregard the principle of fair chase, with participants using bait and electronic calling devices to attract animals with sounds that mimic prey or distress calls of wounded young in an attempt to maximize the chances of winning cash and prizes. The carcasses of the animals are usually wasted because they are rarely used for food or fur, and are commonly thrown away after weigh-in. Furthermore, an untold number of animals are orphaned or injured during these events. Killing adult bobcats, coyotes, foxes, and other species inevitably leaves dependent young to die from thirst, starvation, predation, or exposure.

Numerous state wildlife agencies and officials have recognized that killing contests undermine the reputation of hunters. Contests have been characterized by state officials as “slaughter fests” and “stomach-turning examples of wanton waste” that are “about personal profit [and] animal cruelty.” Investigation video footage has shown contest participants slinging dead coyotes and foxes into piles to be weighed and judged, joking about the methods used to lure and kill the animals, and laughing and posing for photos in front of a row of foxes strung up by their feet. Such behavior demonstrates a complete lack of respect for wildlife, promotes gratuitous violence, and sends the irresponsible and disturbing message that wanton killing is fun.

The indiscriminate killing promoted by wildlife killing contests is counterproductive to effective wildlife population management. Scientific studies have shown that many wildlife populations depleted by unnatural means simply reproduce more quickly due to the sudden drop in competition for resources and changes to social structure from the loss of individuals. This effect is well documented for coyote populations in particular, which are common targets of wildlife killing contests. State wildlife management agencies across the country have recognized that killing contests do not control coyote population size over the long term. In the short term, loss of coyotes negatively impacts the environment because the species is an integral part of healthy ecosystems.

3. Wildlife killing contests do not increase populations of game animals

4. Wildlife killing contests do not prevent conflicts with humans, pets, or livestock—and may increase them

Although some argue that contests are needed to reduce depredation of livestock, such contests are not effective in removing individual, problem-causing animals. Most killing contests target predators in woodlands and grasslands, where conflicts with humans, pets, and livestock are minimal. Studies have found that killing predators fragments social groups, which can increase the likelihood of livestock depredation. In a signed statement, more than 70 conservation scientists concluded that killing contests do not represent the kind of targeted effort required for effective management of livestock depredations, and that indiscriminate killing of predators is likely to exacerbate risks to livestock.

WHAT YOU CAN DO

Please take action to help end wildlife killing contests. Here are some steps you can take: 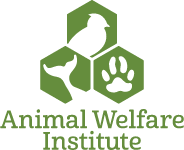