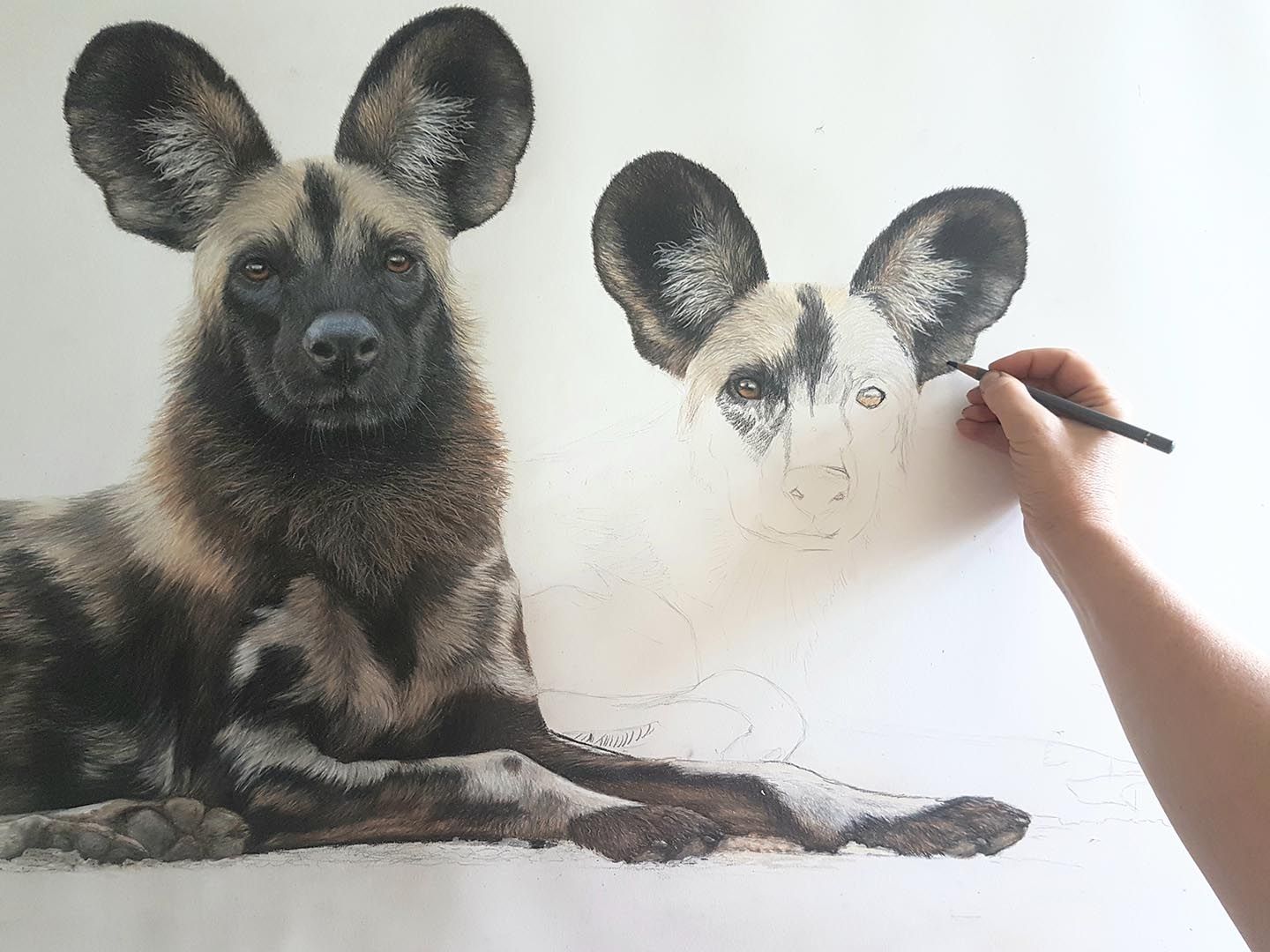 Charlotte Williams is a

highly respected and increasingly celebrated British ﬁne artist with a

particular interest in wildlife.  She is entirely self-taught and was

Despite being afforded a scholarship to Farnham Art College

in her late teens, she headed instead for South Africa and the ‘bush’, where

Transvaal. Immersed in the raw environment of the veldt, it was here

that Charlotte’s life-long passion for animals and the wild was born, and

where she passed many hundreds of hours wandering, observing and sketching all

On her return to the

UK in the mid-1990s, Charlotte continued to dedicate herself to art,

this time in Brighton. She went on to exhibit her work in numerous shows -

locally, and in London. She has since been in great demand and

the majority of her work today is by commission, both at home and

conservation has remained paramount, and her depiction of Cecil The Lion,

who lived primarily in the Hwange National Park in Zimbabwe, has become one of

her iconic portraits.   She later auctioned the portrait to

raise funds and awareness of the battle against poaching, and she today

Each of Charlotte’s meticulous artworks aims to capture the

soul and spirit of her subjects, from behind the eyes, so that you might know

them and feel them, as if they were living and breathing before you.  Her

appreciation of wild animals, coupled with her unapologetic perfectionism -

Though now based in her studio in rural East Sussex since

recently been made a signature member of Artists For Conservation. She is

represented by numerous people, including the prestigious London and Sussex

based gallery Rountree Tryon and has exhibited at, amongst others, Masterpiece

Art and Gallery Different in London