I have submitted a letter to the editor of the Guardian in response to the following article which reports on an open letter signed by a group of "leading Scientists and Conservationists". (see link below) The letter attacks what the writer has termed "poorly conceived hunting legislation":

A proposed UK ban on trophy hunting imports risks undermining the conservation of rhinos, elephants and other endangered wildlife, according to a group of leading scientists and conservationists who said African perspectives have been ignored by the government.

On Friday, MPs will vote on a private member’s bill to ban trophy hunting imports while, separately, the government is preparing legislation to ban hunting trophies from thousands of species, including lions, leopards, rhinos, elephants and polar bears.

In an open letter seen by the Guardian and signed by more than 100 scientists, conservationists and African community leaders, the group said the ban is poorly conceived and threatens to reverse conservation gains and undermine the livelihoods of rural communities across sub-Saharan African.

It urged the UK government to implement a smart ban that incentivises good practice by prohibiting trophies from “canned” hunting operations, where captive-bred animals are shot at close range, or those that fail to share revenues with local communities.

By allowing trophy hunting to continue within the UK, where hunters can pay thousands of pounds to shoot deer, the group said the government was opening itself up to accusations of hypocrisy by banning imports from countries with impressive conservation records such as Namibia and Botswana, where trophy hunting is used to fund conservation.

“We understand (and many of us share) the public’s instinctive dislike of trophy hunting. However, the reality is that no alternative land use has yet been developed which equally protects the wildlife and habitats found in these vital landscapes while also generating valuable revenues for local communities. Indeed, where trophy hunting has been subjected to bans, wildlife has often suffered, and conflict with communities has increased,” the letter states.

“This is not to claim that trophy hunting is perfect. It is beset with a variety of problems, including but not limited to the inequitable sharing of hunting revenues, inappropriate or poorly observed quotas, corruption and inadequate regulation. But tourism is not a perfect industry either,” it continues.

Signatories include the heads of leading conservation NGOs such as Save the Rhino International, academics from the University of Oxford and African community leaders.

The IUCN, which oversees the red list of endangered species, established that trophy hunting has supported the conservation of several species, including rhinos, African elephants and markhors, the national animal of Pakistan, and a UN report said that trophy hunting is helping to protect millions of acres of wildlife habitat in sub-Saharan Africa. Community leaders have previously criticised British celebrities for calling for a ban on trophy hunting, naming Ricky Gervais, Joanna Lumley and Piers Morgan in July 2020.

Supporters of the trophy hunting import ban argue it will help protect endangered species and end a cruel practice. The prime minister, Boris Johnson, has called trophy hunting a “disgusting trade” and his father, Stanley, has campaigned in favour of the ban.

But Leslé Jansen, CEO of the NGO Resource Africa, who signed the letter, said the legislation will harm conservation and African livelihoods and undermine the rights of rural communities to use their natural resources.

Supporters of the ban say it will help protect endangered species as well as ending a cruel practice. Photograph: Johnny Armstead/Alamy

“We have voiced these concerns many times, and have attempted to engage in the process. Why are Africans’ rights, views and conservation successes continually ignored?” she said.

“We have time and again told our international friends that trophy hunting is part of local rural livelihoods, and we will continue to pursue sustainable use of wildlife for generations to come,” he said.

Dr Amy Dickman, a professor of conservation at Oxford University who signed the letter, said: “We shouldn’t base policy on what comedians and celebrities think. We should be basing it on expertise and on local opinion. Those are the two things that count the most.

“Ricky Gervais has 14 million followers on Twitter, whereas the African Community Leaders Network, when they post about this, tend to get zero engagement. The people most affected have the smallest platforms,” she said.

A Defra spokesperson said: “We are bringing forward ambitious legislation to ban the import of hunting trophies from thousands of species.

“This will be one of the toughest bans in the world, and goes beyond our manifesto commitment, meaning we will be leading the way in protecting endangered animals and helping to strengthen and support long-term conservation.”

Find more age of extinction coverage here, and follow biodiversity reporters Phoebe Weston and Patrick Greenfield on Twitter for all the latest news and features

What a spectacular rejection of common decency it must have taken for this clique of "scientists and conservationists" to sign a letter in favor of cruelty to animals!

The hyperbolic claims of a group of misguided officials and corrupt functionaries even managed to bamboozle "African community leaders", striping their people of dignity and respect in the rich tradition of neo-colonialism and greed.

From the disgraceful distortion of local people's interests to the shameless public pandering for undeserved pity, to lobbying the UK government in favour of commercial interests (read: safari hunters, whose definition of 'conservation' is an offensive aberration designed to confuse the public about the differences between industrial-scale poaching, bushmeat hunting, subsistence hunting, defensive hunting, trophy hunting and regulated hunting), this is all sadly reminiscent of the situation that describes the embarrassing Canadian seal hunt, whose persistence in spite of all rational argument is a testament to the influence of histrionic appeals to authorities.

For these 100 signatories to stoop so low as to relinquish all claims to professional integrity and use misdirection by suggesting that the real opponents here are comedians and celebrities instead of human dignity and basic animal rights, is to irreversibly abandon any claim to respectability and credibility. The world's effort to criminalize trophy hunting has been described as "poorly conceived", but a doctrine of sadism could indeed only be concocted by those who have in fact been "poorly conceived". If the supporters of such carnage are indeed endowed with professional qualifications, their calls to stop resisting and just embrace the killing categorically disqualify them from taking part in any exercise requiring critical thinking, let alone patronizing the public on behalf of private interests. 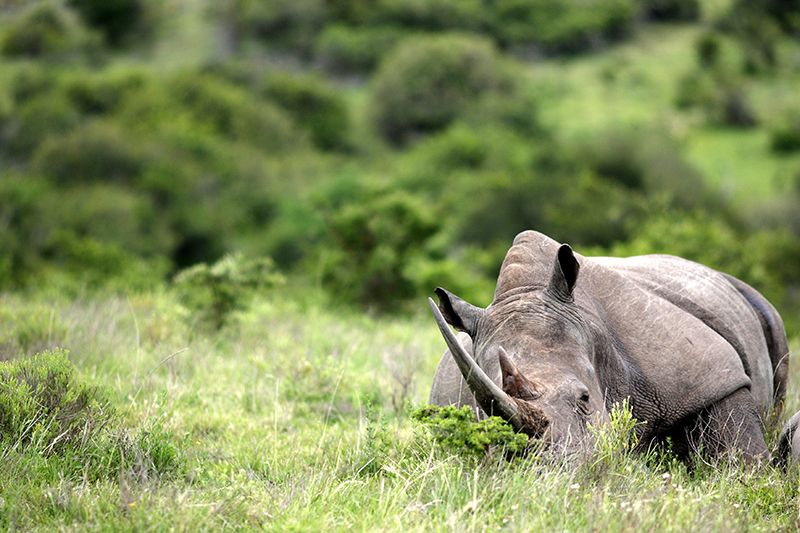 This ragtag posse of incentivized individuals claims moral authority, a warrant, a mandate to tell people they are wrong in protecting innocent fauna from psychopaths based solely on non-founded claims and shockingly contrived affirmations. Obnoxious and toxic claims that the first world's "corruption by abundance" and "suburban comforts" act as a distorting lens on the real pleas of animals - like Cecil the Lion, who apparently had it coming - and should be extinguished for sport so that so many others can hope be spared by the insatiable demand fueled by trophy buyers. Lest we forget the silent plea of the impotent foreign millionaire with delusional aspirations of "keeping the yang up" with powdered tusk, leopard claw, tiger bone, rhino horn and liquefied ivory. Such misinformation and conspiratorial thinking leads to countless human crimes against decency, from the very visible rhino and elephant hunts to the silent tragedies of sharks and seahorses, but apathy and the bystander effect play as much of a role as the crime itself. Belittling people with childish and romantic accusations of anthropomorphizing animals is not going to eliminate the common sense reality that trophy hunting is about satisfying the base instincts of sad, broken people who need to kill or amass the proceeds of slaughter. No son of Trump's will ever convincingly make a rational point, least of to claim that by cowardly brandishing the severed tail of a slaughtered elephant he was in fact the courageous savior of a defenseless African village. Trophy hunting and poaching are neither about defense nor subsistence hunting. It's not about anecdotal criminal activity but about legitimizing large scale, recreational killing with the complicity of authorities that turn a blind eye to the suffering of creatures genetically similar to their abusers. Using local farmers and starving populations as negotiating pawns in the argument that an illegal market is unsustainable is bunk because such a market reduces the surface measurably as opposed to opening it up immeasurably. For rational beings to side with criminals by saying that it is best to embrace their practices than to suffer at their hands is pure nonsense, but it has a long tradition in the colonialist mindset.

Few things can make me blacklist an animal conservation charity, but the use of fear, uncertainty and doubt to deceive and bully the public into supporting the morally bankrupt, "shoot to conserve" mindset is indeed an affront to the most basic sensibilities of any thinking person. Not that anyone will care, but I had the regretful task of removing two groups from my list of supported organizations (on ClaudiuPopa.ca/personal) which, at the risk of coming across as a feeble attempt at breathless virtue signaling, is simply my personal resignation to the reality that we all need to get involved, contribute and a reminder to consistently do our due diligence.